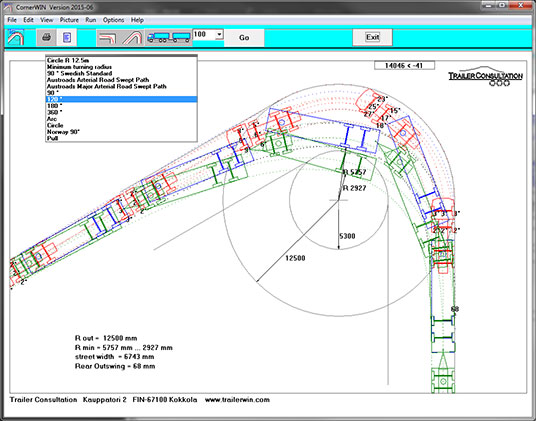 CornerWIN is normally used in conjunction with TrailerWIN. The dimensions for the truck and trailer are built up in TrailerWIN and this combination is then transferred automatically to CornerWIN when you start the CornerWIN application from the TrailerWIN menu. In CornerWIN you can choose from many different simulations and "drive" the combination on the screen. You will see the complete turning motion with minimum distance from centerpoint and also the turning angles for steerable axles.
CornerWIN also contains pre-defined model combinations, such as trailers where all tyres are steerable and specialtrailers with up to 15 axles.

It is also possible to use CornerWIN as a standalone module without TrailerWIN, for example architechts that need to check if trucks with trailers can access load-areas and parking lanes etc can benefit from the use of CornerWIN in their work.

When you build up a truck or a truck with trailer(s) in TrailerWIN you can launch CornerWIN from the TrailerWIN menu. This way the data from the actual calculation will automatically be transferred into CornerWIN for direct access for a driving simulation. The possibility to transfer the TrailerWIN combination directly into CornerWIN eliminates errors since no data needs to be entered manually, it also makes the work process smoother and faster. 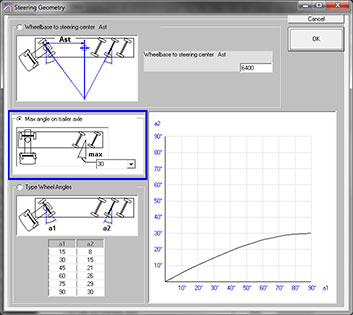 In CornerWIN you can choose from a number of pre-defined combinations with more axles and also special transport trailers with up to 15 all-steer axles. The steering geometry can be modified directly in CornerWIN in many different ways. You will also have access to different types of Road Train combinations like AB-Triple, B-Triple and C-Train, see Outprint Examples for more details.

Printing and exporting the simulation

From CornerWIN You can print out the turning simulation with calculation data, take the simulation onto clipboard to easily add to own documents or export the simulation to other CAD-programs with DXF-output feature.

CornerWIN has been approved by Ab Svensk Bilprovning in Stockholm, which is the Swedish Motor Vehicle Inspection company.

In CornerWIN you can have following languages: 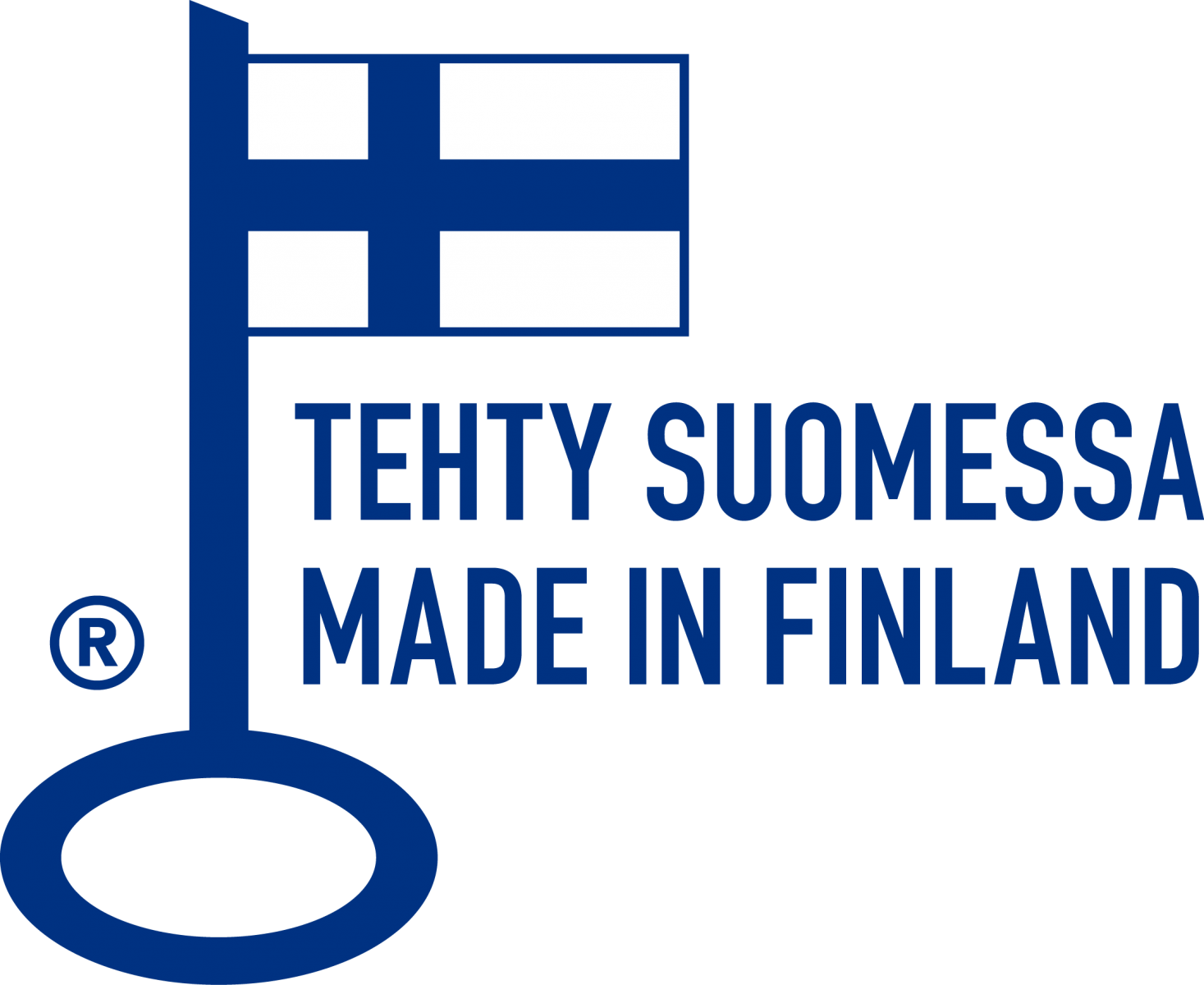